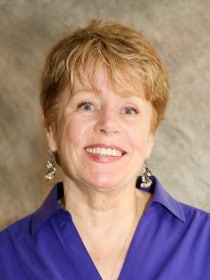 Linda is one of the founding partners of Thompson and Thompson, P.C.

Linda received a bachelor’s degree from the University of Oklahoma in 1968 and a J.D. from the University of  Iowa College of Law in 1976. In the course of raising three children and fulfilling her law degree requirements, she completed a clinical law program at the prestigious Georgetown University and helped to found the Organization of Women Law Students and Staff (OWLSS) to support women in the law at the Iowa Law School.

Linda opened her first law practice in Henry County Iowa, where she had the notable distinction of being the first woman lawyer to practice in that county.  She came to Springfield, Massachusetts in 1978 and began to work for the estimable Efrem Gordon until 1985.  Since then she has maintained her commitment to work for the rights of the indigent and downtrodden with her partner and husband of 43 years, John M. Thompson.

Linda has presided as lead counsel in numerous murder, A&B, rape, and sexual assault trials.  She has also successfully litigated many criminal appeals, most notably Shepard v. United States, 544 U.S. 13 (2005).  In 2004, she was presented the Joseph J. Balliro Award, in recognition of a lifetime dedication and commitment to the rights of the accused.  Linda currently serves on the Board of Directors for the Massachusetts Association of Criminal Defense Lawyers (MACDL) and the Hampden County Lawyers for Justice.

She serves on the Criminal Justice Act (CJA) panel for the Springfield federal district courts and First Circuit Court of Appeals and has argued cases in the United States Supreme Court (see Shepard), the Massachusetts Court of Appeals, the Supreme Judicial Court and the First and Second Circuit Courts of Appeal.

Finally, she is the proud grandmother of eight, a Yankees fan and a die-hard Oklahoma City Thunder fan.