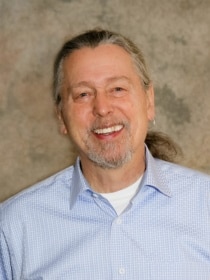 After a year in a private general practice, John began a brief law teaching career, working as a clinical instructor at the Iowa College of Law from 1975-1978.  In 1978 John  was hired as an associate professor at Western New England College School of Law, where he taught in clinical and classroom courses from 1978 through 1984, concentrating on criminal law, criminal procedure and post-conviction remedies.

John has been in private practice since 1984, primarily as a criminal defense lawyer, working either solo or in small firms in Springfield.  Until 1990, he did trials, appeals and post-conviction litigation.   From 1990-1994 he did primarily personal injury work, with a focus on childhood lead poisoning cases.  Since 1994 John has specialized in criminal appeals and post-conviction litigation, including federal habeas corpus, and providing support for his partner Linda J. Thompson’s trial practice.

John has been married to his partner, Linda J. Thompson, since 1970.  They are the proud parents of three wonderful adults, grandparents of eight beautiful grandchildren.